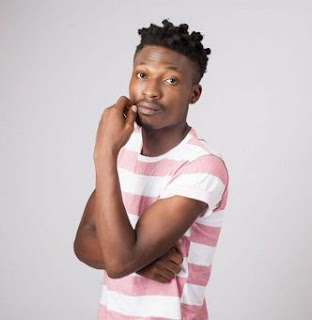 For the love of good thing and success, many people continue to celebrate winner of the Big Brother Naija 2017, Efe Ejeba, The Delta State Governor, Dr. Ifeanyi Okowa, has described him as a proud ambassador of Delta State.
The governor noted that he was not surprised that Efe won the competition by a ‘whooping 57 per cent of votes cast’ because he was well behaved in the Big Brother’s House.
In a statement issued in Asaba on Sunday by his Chief Press Secretary, Charles Aniagwu, Okowa lauded Efe for being a good ambassador of Delta State.
He added that the government was proud to have supported those he described as talented Deltans to achieve their dreams.
“As a state we are very delighted that our son Efe won the #BBNaija competition. We are glad that he related very well with the housemates and survived all the evictions and avoided controversies in the house,” he said.
“He has portrayed the Delta character of being a true patriot and a worthy ambassador. As a state we have continued to support talents in sports, creative entertainment and even in business and we are glad that Efe has made us proud again.”
Among other celebrities, hip hop act, Olamide, has offered to help Efe when the winner returns to his music career.
#BBNaija: “Based on logistics” Basketmouth, Olamide root for Efe
Ace comedian Bright Okpocha, popularly known as Basketmouth has thrown his weight behind #BBNaija housemate Efe.
Basketmouth also urged all other fans of the 23-year-old rapper to make sure they vote, adding that supporting Efe shouldn’t just be by mouth.
He made his choice of favourite housemate known via his Instagram page with a photo of himself and Efe.
“Based on logistics, I think we should help him win. No be to vote and support with mouth,” he said.
See the post below.
Meanwhile, Nigerian street rap star, Olamide has also declared his support for Efe.
“…As I be Wobey so na based on logistics #TeamEfe make una no vex God bless everyone’s hustle #SayNoToTribalism,” he posted on instagram with a photo of himself and DJ Kentalky.
Category : Gossip News
Previous“You Are An Incomplete Woman, If You Don’t Have 365 Bras,1 For Each Day Of The Year – Nigerian Lady
NextBank stops Patience from withdrawing money (Unfrozen $5.9m)