On Thursday at Mapo Customary Court in Ibadan dissolved a 28-year-old marriage between one Omotayo, a mother of seven, and her husband, Akanbi Ojo, over battery and threat to life.

Omotayo, the complainant, had told the court that her husband was “hurting her body and soul” through ceaseless battery.

“For 28 years now, I have not known peace in my union with Akanbi because he derives pleasure in beating me.

“Even when I stopped staying with him, he still comes around to my apartment to unleash mayhem on me.

“Worst still, the seven children from the marriage and I, are wallowing in abject penury due to the fact that he does not fend for us.

“I am fed up with him; please terminate our union,” Omotayo told the court.

However, Akanbi refuted the allegation of not fending for his family and prayed the court to invite the children for clarification as to whether or not, he was alive to his responsibility.

He did not deny the accusation of battery, but in turn described his estranged wife was a “mischievous woman” who labelled him as a hooligan.

“My lord, because I am a commercial bus driver, Omotayo refers to me as a hooligan and due to my active participation in NURTW activities.

“Worst still, Omotayo is a first class prostitute as I have caught her times without number with her concubines.
“These and other reasons are why she is afraid of me; because I will not take it from her,” Akanbi said.

While delivering his verdict, Mr Ademola Odunade , the President of the court, said that the union was dissolved in the interest of peace and tranquility.

Read: My Beloved Husband Has Turned Me Into a Punching Bag

He urged both of them to be law-abiding and keep away from each another as any future face-off between them might be considered a criminal offence.

Prior to the formal dissolution of the marriage, the couple currently live separately with Omotayo residing at Ikire town in Osun State, while Akanbi lives at Amunloko area of Ibadan. 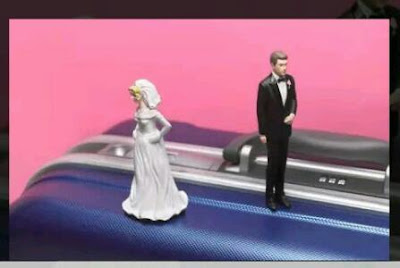