Enough: Janet Jackson Breaks Up With Her Billionaire Muslim Husband 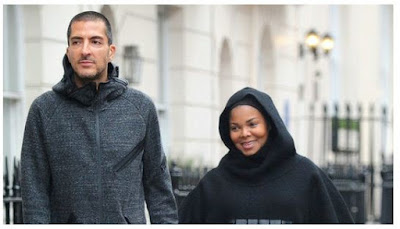 After giving birth to her first child at age 50 just months , Janet Jackson has split with billionaire husband Wissam Al Mana. While one source said the split is amicable and the couple will co-parent their son, others said trouble had been brewing for months.

“She thought he had become too controlling during the pregnancy and she had already allowed him to dictate her appearance and even the way she performed at concerts,” the source who works closely with the couple said. .
Other demands that the “Rhythm Nation” singer gave in to included toning down her 2014 concert tour — wearing clothing that covered her body, instead of the skin-revealing outfits fans had grown to love. .
She also declined to do music videos that featured any bumping and grinding, trademarks of her work, the source said. “It drove her crazy and she felt she was losing her fan base.” Jackson also resented the reclusiveness of her husband, who rarely met with her friends or family, the source said.
Category : Gossip News
PreviousMy Daughter Thinks Guys with Small D*cks will Go to Hell – Woman Reveals as She Reads 15 Years Old Child’s Diary
Next‘I Almost Committed Suicide’ – Janet Jackson Reveals