Comedian, Julius Agwu has admitted that he contempted committing suicide at a point, as he battled with brain tumour. 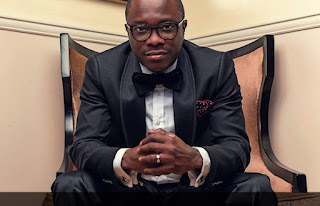 In a video uploaded online, Agwu explained that he had already given up on surviving the ordeal and was putting things in place for his wife in case he died.
Three tumours were discovered in the comedian’s brain in 2015 and 2016, with one of them the size of a golf ball.
He underwent a successful brain surgery, but suffered a breakdown from stress, while he was planning a stand-up comedy show in 2016 and was ordered to rest by his doctors.

Agwu revealed that he began to suffer memory loss and several seizures.

“All I remember was I woke up in the hospital and heard the story of my being in coma. I lost my memory
“I started looking for my property documents to give to my wife. One day when they were not home, I almost committed suicide,” he said.
Category : Comedy Gossip Jokes News
PreviousDr. Udotoung Cures Sexual Infections in few days
NextPolice Van Damaged After Colliding With A White Hilux In Uyo