On Saturday The Joint Admissions and Matriculation Board, JAMB, announced the extension of registration for the 2017 Unified Tertiary Matriculation Examination, UTME.

It earlier postponed the mock examination it scheduled for Saturday, blaming the failure of its technical partners .

The JAMB registrar, Is-Haq Oloyede, told newsmen in Abuja that sale of forms and registration would now close on May 5 instead of April 19.

Mr Oloyede, a professor, said consequently, the 2017 UTME had also been postponed to start on Saturday May 13, and end on May 20 as against May 6 to May 20.

He added that the mock examination remains free for willing candidates, even the fee due to the Computer Based Test (CBT) centre owners is being paid by JAMB.

“At this moment, we have realized that the plan to hold this mock examination was good for us. We are now in a position to achieve better than we would have done without this trial testing.’’

“It is our strong conviction that this exercise is an experience for us; our systems analysis has revealed interesting findings that will engender a seamless and successful 2017 UTME exercise . ‘’

He apologised to candidates and other stakeholders for the inconveniences experienced and thanked them for being part of the experiment.

“Every disappointment is a blessing and the blessing that will trail the suspension of this mock examination and extension of registration deadline will manifest in our main UTME by next month,” he said 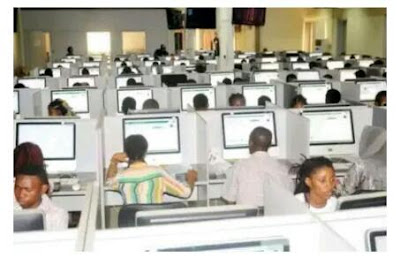