Nigerian Woman Dies After Her Facebook Friend Dreamt of Her Death (Photos)
Mummy
April 15, 2017
11:39 am

Nigerian Woman Dies After Her Facebook Friend Dreamt of Her Death (Photos)
A baffling incident has left many people shocked after a Nigerian man dreamt of the death of his friend and it happened as he said.
A sad end has met a Nigerian woman by name, Onyinyechi Flourish Enyiazu, after her friend dreamt about her death and told her. The shocking incident has left many people speechless.
According to her friend John Kpoobari who shared details of their last chat, Kpoobari had forseen her death and intimated her about it. Just as he dreamt, few days later the woman died after taking to Facebook to celebrate her successful surgery.
Here's his tribute and what he wrote: "It's really unfortunate that the spiritual controls the physical.John Kpoobari Diidi had a revelation about Onyinyechi Flourish Enyiazu,he inboxed her and they had the conversations below.
Who would have thought the dream was going to be real? Yesterday she uploaded that she had a successful surgery and today she is no more, that revelation John had has come to pass.
What a world! May her soul RIP!Amen!" 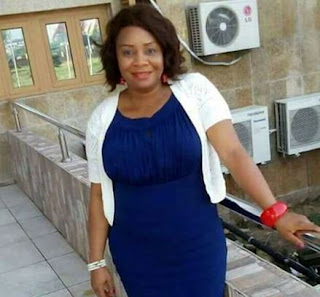 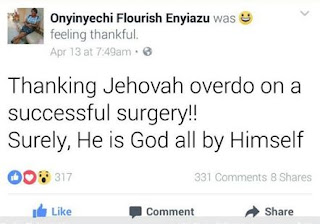