Over 45 Nigerians Deported From Europe Arrive Lagos Safely, Many Stranded 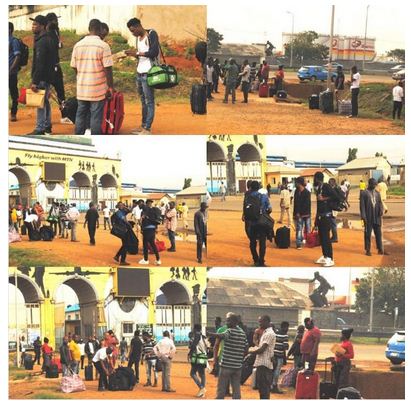 Some Nigerians were on yesterday deported from eight European countries for committing immigration-related offences. .

The fresh batch of deportees, comprising of 48 males and two females, arrived at the Murtala Muhammed International Airport Lagos at about 7.36 a.m. Some were said to be stranded, perhaps confused on what to do with their lives as they arrived NAHCO gate

Category : Gossip News
PreviousSee Photos: Woman Defrauding People All Over Lagos With Fake Pregnancy
Next“I Miss Being A Side Bitch, This Main Piece Shit Too Much” – Facebook user (SEE PHOTOS)