A 17-year-old student of the Lagos State Polytechnic, identified as David Opateyibo, has helped in the construction of the first locally-made drone in Nigeria. 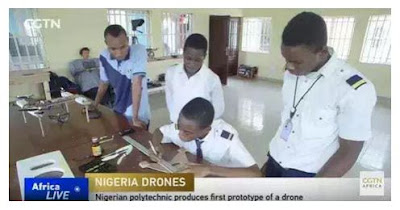 gathered that the first prototype of a locally-made drone was recently constructed at the Lagos State Polytechnic (LASPOTECH) recently.

David Opateyibo led in the construction of a locally-made drone
The drone was constructed under the watchful eyes and the careful leadership of a 17-year-old boy identified as David Opateyibo.
Speaking on the achievement, authorities of the Lagos state government have reportedly said that if fully developed, the drone and others could be deployed for security surveillance in the state. 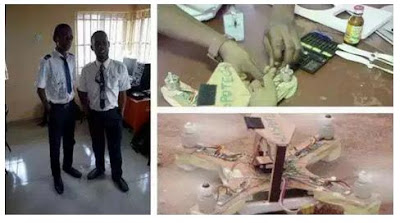 17-year-old David leads the construction of a locally-made drone
Speaking in an interview, 17-year-old David said:
“Aside from using drones for aerial surveillance, you can also use them for aerial photography and videography, or for broadcasting, incidence control or pipeline and power line inspection. You can also use drones in agriculture, to analyze farm produce.”