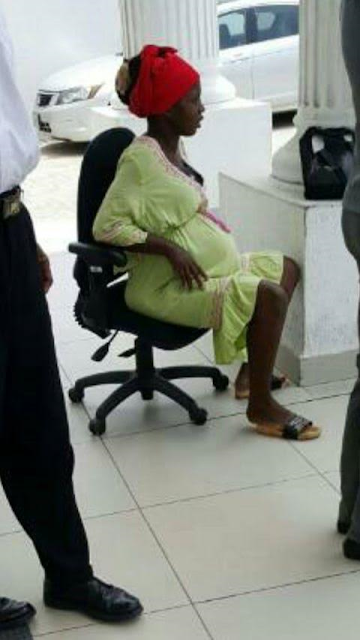 Our correspondent reported a news of a pregnant woman who goes to banks to deceive people into believing her water just broke so she could get money out of them.

After Jeff Obinani shared his experience, Fancy Chikeluba also recognised the story and opened up, saying that she had also encountered the woman. Now, photos of the sly woman has emerged. No one knows if the woman is really pregnant but with her picture out there, there is hope that she won’t be able to deceive anyone else again. 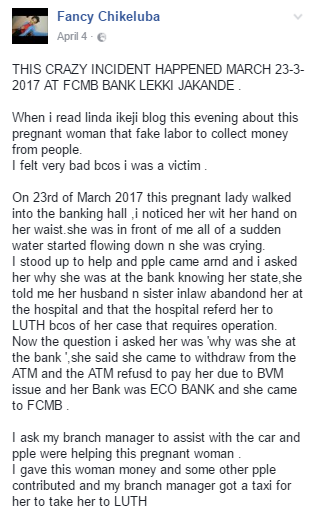